How To Play Roulette at a Casino

The best page for playing roulette at a casino is at http://www.roulettephysics.com/how-to-play-roulette/ and I suggest the page with roulette bets explained for more detail than this page. 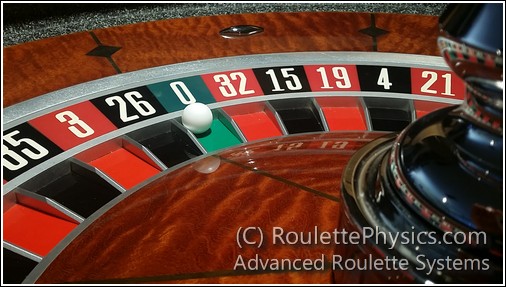 It very easy to pick up the rules involved in roulette game and get it right on track, and the interesting part is that that both beginners and experienced players have equal chances of winning but before going on to the steps by steps involved in playing roulette, it is of utmost importance that one have a perfect understanding of what roulette is (Roulette, 2015).

Roulette is a casino game that was invented by Blaise Pascal a French man but was named after a French word meaning little wheel.  Roulette came into existence in the 17th century when Blaise Pascal an inventor created a perpetual motion machine when he was trying to study probabilities but the end result was a very surprising outcome. Little wheel being the very first was made to possess the characteristics of other gambling games. The roulette wheel became the centre of attraction and at the end of the century, it has become a popular game in France. The primitive version of the roulette wheel were the red and black pocket but to prevent commotion the green zeros was included. The fundamental description of the roulette wheel was that green pocket was made in reservation for the casino, so that when a landing ball get to the zero pocket, the casino is on the winning side while the player will be on the losing side but the truth of the matter is that the zero pocket is the same with other pocket with respect to odds and probabilities (History of Roulette Game, 2010).

According to (Shelley, 1988) the European way of roulette wheel came into existence in the middle of 1800s which had only green zero and the essence was for competition among other casino. Eventually, roulette got to America but as that time it was illegal and this illegal act gave room for cheating among the players and the casino operators. American has it roulette wheel made up of double zero ‘00’ while that of European is only single zero (‘0’) and both versions became prominent in the contemporary time. Roulette game was a taboo in California, so the country adopted the European and American layout to play the game, in 2004 it was made legal but must be played with cards and not slot on roulette wheel to select the winning number (Division of gambling, 2004).

The only significance difference between the two types is in the sequence of numbers, the former has single 0 and the later has double 00 that is an extra green pocket.

Soulnania(2005)said a croupier will cause a small white ball to spin and will later land on numbers, bets are placed on the table to correspond with the slot the ball falls in, when playing the game, you have to watch out for any type of pocket in which the ivory ball will land on.

Avoid betting progressions like the Fibonacci roulette system and the martingale roulette betting system because they don’t work.

How to play roulette:

Although the French interpretation of roulette is little wheel, on the average note, the betting method on roulette is all about table betting.(How to play roulette, 2015).

Placing bets: first set of six bet are placed on the pocket numbered 0-36 on the game table, so you will decide on the type of bet you want, is it inside or outside bet? The description is given above.

Locate a table: each table will have on it a play card that tells the minimum and maximum bet, take for instance you might see roulette- inside bet $10 minimum, outside bet $10 maximum, outside bet $10,000 maximum, inside bet $1000 maximum. On inside bets, table with maximum are not high because it pays better.  On each table, there is a board that features the initial numbers the ball landed on, don’t be carried away by this and think the repetition on the odd numbers are uncommonly low, that is not usually the case, for each spin, the odd on each numbers does not change because the ball and the wheel are the same every time.

Be observant: this is very crucial in playing the game because there is no hard and fast rule about playing roulette, it is your understanding and being fortunate. Each numbers has the same chances of showing up all the time.

Give your chips to the dealer: in France and Europe, a dealer is known as “croupier”, in this game, to be able to differentiate your chips you don’t play with normal casino chips, forroulette chips there is minimum and maximum table of $5 and $100 respectively (your bids could $1 or in between). Once you have decided this, the marked chip indicating your coloured chip will be placed on the rail. You need to be aware of the fact roulette chip has no value outside the wheel, when leaving the table,place all your remaining chips on the table and inform the dealer you will cash out, you will be given a normal  casino chips as a replacement.

Understand the principle of a round: when the table is cleared by the dealer and the winner received payment, that begins another round, a little time is giving for bets to be decided after which the ball is thrown to the wheel and it spins, at this time “no more bets”, once the ball becomes stable, the dealer marks the winning number. When the loosing bets has been cleared off, the winner received payment.